Sydney is known worldwide for its spectacular New Year’s Eve fireworks, and 2017 is set to be the most extravagant year yet! Not only does the display feature over 100,000 individual pyrotechnics, this year there will be a waterfall of rainbow fireworks off the harbour bridge to celebrate the recent legalisation of same-sex marriage.

Pro-Tip: Check out New Years Eve Cruise to be even closer to the action! Not only will you experience stunning views, but also a cocktail dinner, unlimited drinks and participation in Harbour of Light Parade™. 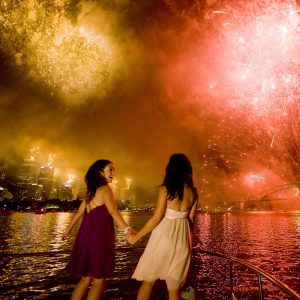 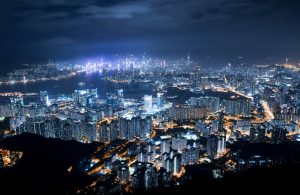 Growing in popularity each year, Waikiki Beach New Year’s Eve celebrations offer the perfect combination of sand, salt and summer-themed fireworks. The display officially begins at 11.55 pm, with one salute fired every minute before midnight. The show itself will be a spectacle of brightly coloured fireworks in the shape of palm-trees, fans, willows and falling leaves.

Due to the immense popularity of London’s New Year’s Eve Fireworks, this spectacle has been ticketed in recent years. Tickets have already sold out for this year, but for those of you who missed out, there are plenty more things to do in London! Check out the Fireworks Cruises, or have a look at the many famed New Year’s parties happening throughout the city.

Pro-tip: If you are planning a trip to London for New Year’s Eve in 2018, we recommend you book a ticket in September during first-release.

Times Square continues to be one of the most iconic New Year’s Eve celebrations. Every year, millions gather to witness the 11, 000 pound crystal ball drop at midnight. This year, the ceremonies will begin with an incredible Tongliang Athletics Dragon Dance featuring a 15-meter dragon, followed by a yet-to-be-released celebrity line-up.

Pro-tip: Times Square isn’t for the faint of heart! You will want to arrive early, significantly early! There will be people gathering from around 3 pm to get that prime position. Don’t forget a supply of food and water, although be careful, there won’t be any public bathrooms available! 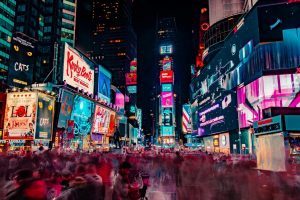 Barcelona’s New Year’s Eve, or Nochevieja in Spanish, gathers huge crowds at Avinguda Reina Maria Cristina in the Plaça de'Espany. This is an evening of fireworks, light and water shows, music and most importantly…twelve grapes! When the clock strikes midnight it is customary to eat these grapes for good luck before heading out to the bars to dance until sunrise.

Pro-tip: If you forget your own grapes and cava (Spanish champagne) there will be plenty of vendors located on the edge of the avenue.

2017 marks the start of something new for Dubai. The national-landmark of the Burj Khalifa has announced they are swapping out their famous fireworks for a light show named “Light Up 2018.” Little information has been released so far except a cryptic trailer announcing the show on Instagram.

Pro-tip: Keep an eye on Downtown Dubai for all the latest updates on this upcoming display.

Edinburgh’s Hogmanay (New Year’s Eve) has a three-day party program that draws people from all over the globe. From the Torchlight Procession and Candlelit Concert to fireworks over Edinburgh Castle and the iconic Street Party, there is an endless supply of fun! Be prepared for the stroke of midnight when the city erupts with a magnificent rendition of Auld Lang Syne!

Pro-tip: Many of these events are ticketed so you will want to organise in advance to avoid missing out on anything 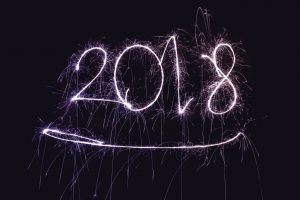 6 Reasons Why You Should Visit Oahu